“Parlez-vous français?” was the question that the Lowestoft pupils of the Active Learning Trust were recently asked when they gathered to watch a French Play at Grove Primary School.

The 400 Year 5 and 6 children from Westwood, Red Oak, Reydon, Pakefield, Grove and Albert Pye primary schools laughed, cheered and commiserated as they witnessed the tribulations of Ben; an English student unlucky enough to end up in a French hospital on the first day of his skiing trip to the Alps!

Left alone in the examination room by his teacher who has to rush to another emergency, the central character has no choice but to use his limited French to make himself understood by a very stern and unsympathetic nurse! 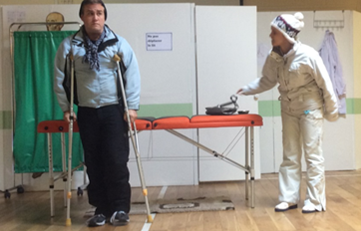 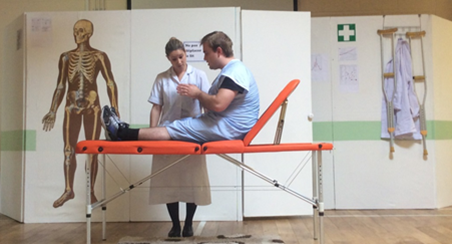 Fortunately, help comes in the form of a slightly eccentric French patient called Nicole.  All is well that ends well for Ben who befriends the young lady and promises to email her on his return to England, in French of course! 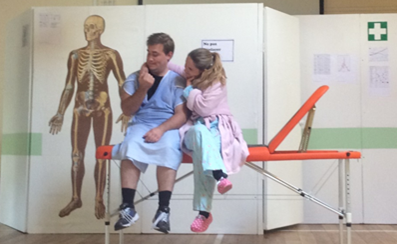 This engaging play was delivered by two gifted young performers from the Onatti Theatre Company from Gloucestershire.  The aim of the event was to promote language learning as a fun and enjoyable activity as well as provide pupils with a genuine opportunity to meet and listen to native speakers.

“At the Active Learning Trust, we are keen to use economies of scale to enhance the learning opportunities of the pupils in our care.  In this instance, hosting the play in a centralised location and maximising the number of students attending each performance enabled us to substantially reduce costs thus making the experience affordable to a larger number of pupils” says Gary Peile Chief Executive of the Active Learning Trust.

We were delighted to host the French Theatre Day at Grove again this year and would like to thank all the Active Learning Trust schools for supporting the initiative.  It was a great opportunity for pupils from the Lowestoft Hub to share an exciting learning experience.

The event, now in its second year, has been such as success that there are plans for the Trust to extend it to its other hubs in Ipswich and Cambridgeshire.